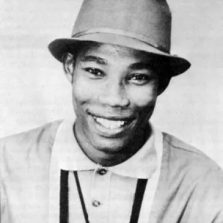 Derrick Morgan (born 27 March 1940 in Clarendon) is a Jamaican musical artist popular in the 1960s and 1970s. He worked with Desmond Dekker, Bob Marley, and Jimmy Cliff in the rhythm and blues and ska genres, and he also performed rocksteady and skinhead reggae. In 1960 Morgan became the only artist ever to fill the places from One to seven on the Jamaican pop chart simultaneously. Among those hits were “Don’t Call Me Daddy”, “In My Heart”, “Be Still”, and “Meekly Wait and Murmur Not”. But it was the following year that Morgan released the biggest hit of his career, the Leslie Kong production of “Don’t You Know”, later retitled “Housewives’ Choice” by a local DJ. The song featured a bouncing ska riddim, along with a duet by Morgan and Millicent “Patsy” Todd.

In 1957, Morgan entered the Vere Johns Opportunity Hour, a talent show held at the Palace Theatre in Kingston. He won with rousing impressions of Little Richard and, shortly after that, was recruited to perform around the island with the popular Jamaican comedy team Bim and Bam. In 1959, Morgan entered the recording studio for the first Duke Reid, the sound system boss, was looking for talent to record for his Treasure Isle record label. Morgan cut two popular shuffle–boogie sides “Lover Boy”, a.k.a. “S-Corner Rock”, and “Oh My”. Soon after, Morgan cut the bolero-tinged boogie “Fat Man”, which also became a hit. He also found time to record for Coxsone Dodd. 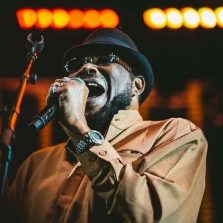 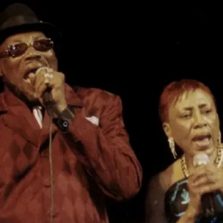 “Housewives’ Choice” began the rivalry between Morgan and Prince Buster, who accused Morgan of stealing his ideas. Buster quickly released “Blackhead Chiney Man”, chiding Morgan with the sarcastic put-down, “I did not know your parents were from Hong Kong” – a swipe at Kong. Morgan returned with the classic “Blazing Fire”, in which he warns Buster to “Live and let others live, and your days will be much longer. You said it. Now it’s the Blazing Fire”. Buster shot back with, “Watch It Blackhead”, which Morgan countered with “No Raise No Praise” and “Still Insist”. Followers of the two artists often clashed, and eventually the government had to step in with a staged photo shoot depicting the rivals as friends.